Other activities implemented by ADF

In addition to its archaeological, development and environmental work, ADF is conducting a series of other activities on Phnom Kulen and elsewhere.

For thirty years, Phnom Kulen was used by the Khmer Rouge as an army position. As a result, an unknown number of landmines has been planted, and there's widespread contamination by explosive remnants of war (ERW). The removal of explosive devices in the villages is an extension of the clearance work done on and around the archaeological sites.

Whenever villagers find unexploded ordnance in a village on Phnom Kulen, they have the opportunity to report it to the ADF. We relate the information to the Cambodian Mine Action Centre (CMAC) and coordinate with them to ensure that every explosive device is systematically removed and subsequently destroyed. 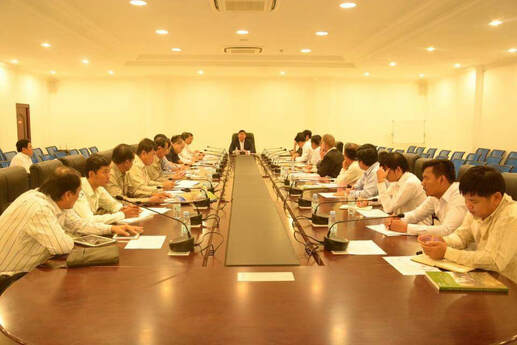 As our team comprises of several experienced community liaison experts, the ADF is in a privileged position to play the role of mediator in order to solve issues between villagers or with the local authorities.

Whenever a conflict arises that can't be solved directly between the parties, the ADF is often asked to play the intermediary between the different stakeholders to achieve a peaceful solution that is acceptable to all. These conflicts might be related to the use of natural resources, the access to water supply, legal counselling or the facilitation of access to services provided by the authorities.

Emergency relief and other contingencies 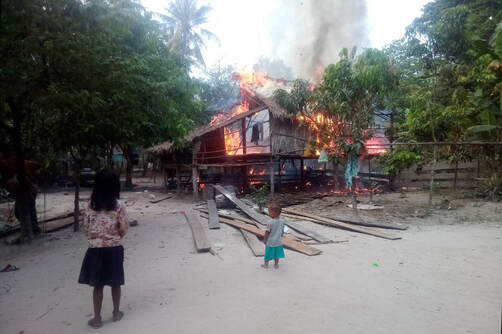 Sometimes, tragic events that couldn't be foreseen occur on Phnom Kulen, impairing the life of Cambodian villagers. The victim of a sudden accident requires emergency medical treatment. A fire has destroyed completely a thatch house, or a storm has damaged the house roofs of the poorest inhabitants in a village. The wheelchair of a person with disability suddenly breaks, leaving him helpless in his village...

To bring one-time solutions to these rare events, the ADF has an emergency relief fund that is used on a case-by-case basis to help the poorest villagers.
For example and over the last 11 years, ADF organised and paid for the transport of landmine survivors to Siem Reap's Physical Rehabilitation Centre, in order to be equipped with prostheses. Medical expenses were paid for the surgical operation of a man who broke his leg when he fell from a tree, contact with the CASC organisation were made for an acid victim so she could get chirurgical operation in Phnom Penh, and ADF paid related costs to bring severely burned kids to hospital in Siem Reap.
Over the years, ADF has established a partnership with the Anlong Thom Health Center, to support transportations costs for emergency health cases. On a punctual basis, cloths and blankets were/are also donated by Terre Cambodge, Frangipani Spa and Hoalen, as well as private donors, and have been/are distributed to the poorest families, as identified by our staff.

The ADF is regularly participating in international conferences and holding public lecture about its work on Phnom Kulen.

Twice a year, the ADF participates in and shares information about its archaeological work during the technical session and the plenary session of the International Coordinating Committee for the Safeguarding and Development of the Historic Site of Angkor (ICC-Angkor). Every two years, the ADF participates in the International Conference of the European Association of Southeast Asian Archaeologists (EurASEAA), Leiden 2008, Berlin 2010, Dublin 2012, Paris/Nanterre 2015.
The ADF has also been giving lectures in several venues in Siem Reap, such as the Center for Khmer Studies (CKS) and the Ecole Française d'Extrême-Orient (EFEO), the 20th Indo-Pacific Prehistoric Association (IPPA, Jan. 2014), the Siem Reap Conferences on Special Studies on Khmer Topics (Dec. 2014).
Representative from ADF also gave a lecture to the Dumbarton Oak centre, Trustees for Harvard University, (Washington D.C, May 4 – 6, 2017) and participated to the participated to the online training course organised by the French Government (Ministry of Culture and Communication).
.